How to Hybrid: 4 event hosts share their real-world experiences 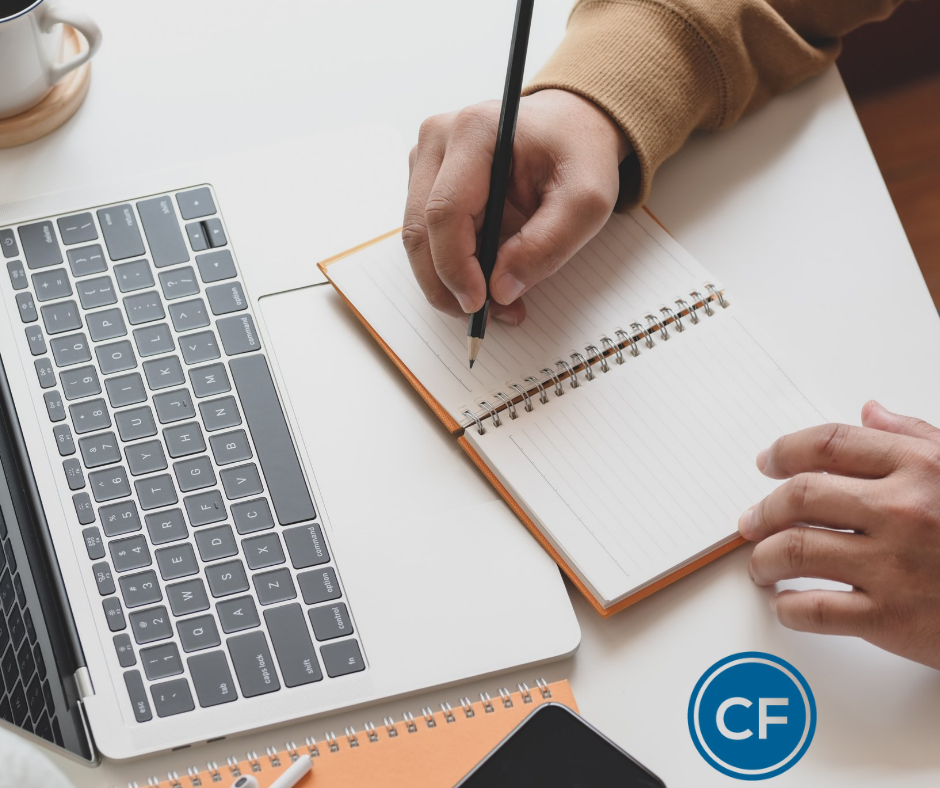 Not all hybrids are created equal:

Will Zwikelmaier, Missouri University of Science and Technology: one event, two days

Brian Krusell, Director of Career and Student Development for the Manning College of Information and Computer Sciences (CICS), University of Massachusetts Amherst (UMass Amherst): one event, one day, different times

The word “hybrid” is everywhere. From shopping to work experiences, industry leaders are figuring out how to blend pre-2020 activities and post-2020 consumer expectations. Recruiters are looking for the simplest way to mix the synergy of in-person career fairs (before) with the flexibility and analytics of virtual events (after) into an effective hybrid model.

During the Career Fair Plus Hybrid Events - what have we learned? webinar on December 1st, we shared the formats and benefits of different types of hybrid events. We also introduced four university-based career center professionals who put their toes in the hybrid water for the Fall 2021 season. Each kindly re-joined us in December to share their experiences.

So, if you’re considering adding —or continuing--in-person or hybrid fairs in 2022, here’s your opportunity to benefit from Will, Apryl, Brian, and Alicia’s lessons learned. But first, a quick refresher on CF+’s types of hybrid events.

Not all hybrids are created equal

The formula is the same everywhere: virtual + in-person= hybrid recruiting. But there’s more to “going hybrid” than simply combining two different types of events on the same date. With the right software (hint: CF+!), you can customize your offerings to fit your budget, staff resources, and attendee preferences.

In this scenario, employers participate on the virtual day, the in-person day, or both. Which is conducive if the same recruiter(s) is/are working both events. Keep in mind your students might need to attend both days to connect with their target companies.

This hybrid structure means your hosting the in-person segment in the morning and the virtual meetings in the afternoon, or vice versa. Employers and students can attend either or both fairs without needing a second day. Granted, it could be a long day for those participating in both sessions.

In this model, attendees choose either the on-site or online segment since the events are simultaneous. Overlapping sessions simplify planning, but blended analytics make it more difficult to assess outcomes. Additionally, students and recruiters would likely need alternative locations to connect virtually away from the in-person noise.

Four different career center leaders, four separate schools, four unique hybrid recruiting strategies and one technology partner: CF+. Here’s what worked, what surprised them, and what they might do differently next time. 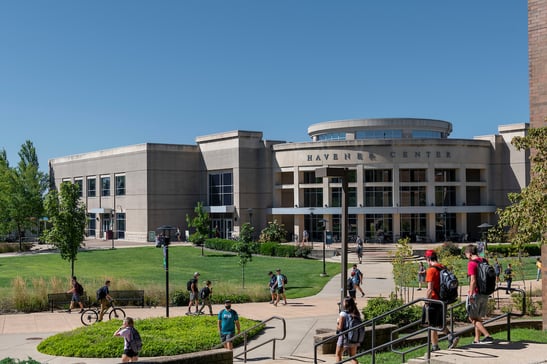 Dr. Will Zwikelmaier is the Director of Career Opportunities and Employer Relations at Missouri University of Science and Technology.

He and his team relied on the CF+ software to help them host a single event over three days: in-person for the first two days; virtual for the third.

One of Will’s team goals was to increase the typical participation of 330 companies by converting their single-day, in-person fall event to a three-day hybrid fair. It worked. Adding one virtual session expanded their geographical reach, attracting just under 400 employers. "We had a good number participate in multiple days…it was a good event," according to Will, [but] our students were straight exhausted."

After two days of on-site conversations, participation in the virtual event “really sank from what it was last year,” he added. They’re hoping to drive more student traffic with a two-day spring 2022 event with the virtual session first. Interestingly, even though they charged about $100 more for the virtual portion to encourage in-person employer registrations, unusual pricing didn’t deter participation. Instead, companies chose one or the other format and cost.

Another valuable lesson learned was managing maximum occupancy levels for the in-person venue. The university’s 500-person limit created two-hour lines early in the day, which Will admits, “…hurt our reputation quite a bit by allowing that to happen.” If future on-site venues have crowd capacity limits, "[We'd] likely go entirely virtual and avoid that altogether."

For the in-person portion, Will and his team chose not to use the Meetings feature in the CF+ software, which helps meter on-site traffic by scheduling one-on-one, in-person conversations. Why not? Because they decided to promote the all together structure of being on-site, hoping recruiters would register for both segments. It worked, "…a good number of companies attended that way."

Will’s team also proactively minimized no-shows at the virtual fair by taking advantage of the CF+ push notifications feature. When they saw 5,000 meetings booked, they immediately recognized the possibility of students intentionally over-booking. The regular reminders they sent for students to cancel unwanted meetings worked: 98% of their students attended meetings as scheduled, creating a minimal 2% no-show rate. 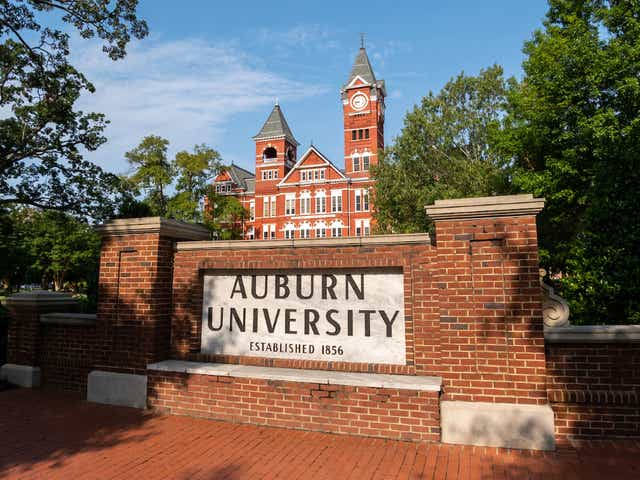 Apryl Mullins is the Assistant Director for Corporate Relations in the College of Engineering at Auburn University.

Her group hosted two events; one in-person followed by one virtual fair the following week. They also used the CF+ platform to power one day of on-site and another day of online interviews.

“We realized there were a lot of things that we could do with Career Fair Plus for the in-person environment,” began Apryl, "and we absolutely loved the interactive map. That was fantastic. I loved using it.”

And the students capitalized on knowing the CF+ mobile and web apps from previous virtual fairs to better prepare themselves for the on-site portion of the hybrid event. For example, they already knew how to discover who was recruiting for which majors by viewing company profiles.

Apryl's team also learned to optimize the in-person event by using a new resume drop idea
Engineers are problem solvers, so naturally, Apryl’s team created an ingenious workaround for getting resumes to recruiters. Because CF+ is customizable, they could create one group schedule for each employer to function as a resume drop. Since the group schedules allow unlimited participation, when students register for the non-existent group meetings, company recruiters have access to their CF+ profiles and resumes. But wait, there’s more.

On fair day, the staff taped unique QR codes on each employer’s table so students could scan and sign up for that company’s group meeting. Which, as explained above, wasn’t a meeting but an ingenious way to connect employers with students. Especially those who didn’t make it to the front of the line to hand-deliver their resumes. The students loved the “resume drop” and the QR codes. However, recruiters who didn’t attend the free Q&A with Apryl’s team before the event were a bit confused.

This confusion, by the way, confirms the value of encouraging recruiters to take advantage of free CF+ training. If you’re unable to offer a Q&A, suggest your employers and their recruiters join a live How-To webinar, view recorded sessions, or read easy-to-understand Help articles.

As for lessons learned, Apryl agreed with Will: virtual attendance dropped off after the in-person fair. “We had about 800 engineering students attend the in-person fair and a little over 350 at the virtual fair. And we had 80 employers on-site and 76 online.” 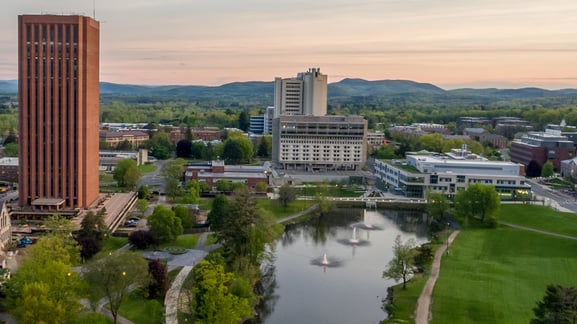 Brian Krusell is the Director of Career and Student Development for the Manning College of Information and Computer Sciences (CICS) at the University of Massachusetts Amherst.

They partnered with CF+ to produce a one-day, mid-size hybrid fair focused on computer science students. The original intent was a same day-different times program, but it ended up more synchronous than asynchronous.

Brian’s hybrid experience is a terrific example of how an unexpected “problem” can be a welcome success. UMass Amherst planned a same-day hybrid event with asynchronous in-person and virtual sessions. No problem, employers would choose one or the other formats, and students would connect accordingly. Except for Google.

Google's recruiters opted for virtual-only, so they'd meet students in the second half of the event based on the schedule. However, instead of posting the expected evening schedules, Google’s recruiters published available sign-up times throughout the day.

As it turned out, students weren’t thrilled with evening meetings, but Brian didn’t want to risk losing opportunities for Google’s recruiters. So, “…we took on the added burden of trying to manage simultaneous events. Luckily the virtual side is just so smooth that it really didn't impact us.”

However, what created a challenge was the net effect of their strategic decision to require pre-scheduled meetings for every interaction, whether in-person or virtual. Brian acknowledges, “…it was incredible from a data analytics standpoint…but it definitely had some drawbacks.” Even though the CF+ software enables it, it was difficult to enforce the pre-scheduled meetings for the in-person session. Students and employers were too used to the walk-up style of on-site fairs. Then, when they did remember to pre-schedule, there wasn’t a backup plan for a missed meeting. The student, or recruiter, was wasting reserved time. However, recruiters were thrilled with the available deep analytics produced by pre-scheduling meetings.

Another lesson learned was making sure recruiters post their meeting schedules before the booking window opens to students. Larger employers like Amazon didn’t publish enough meeting times initially. When students saw full schedules, they gave up on the virtual and in-person altogether rather than waiting for more meeting times to post. “We came up with a workaround but a little bit too late…[and] it impacted our stats and student feedback.”

Students were also upset about one employer offering an invite-only group meeting to the point Brian confirmed, “I won’t be doing that again.”

Finding available meetings is a growing frustration among students and candidates. So, the CF+ development team is exploring modifications to the mobile and web apps to filter for open meeting times across all employers. We’re also evaluating a simple “scan-in” feature when students stop to talk with employers. This brings the deep analytics of virtual fairs to employers only recruiting on-site. 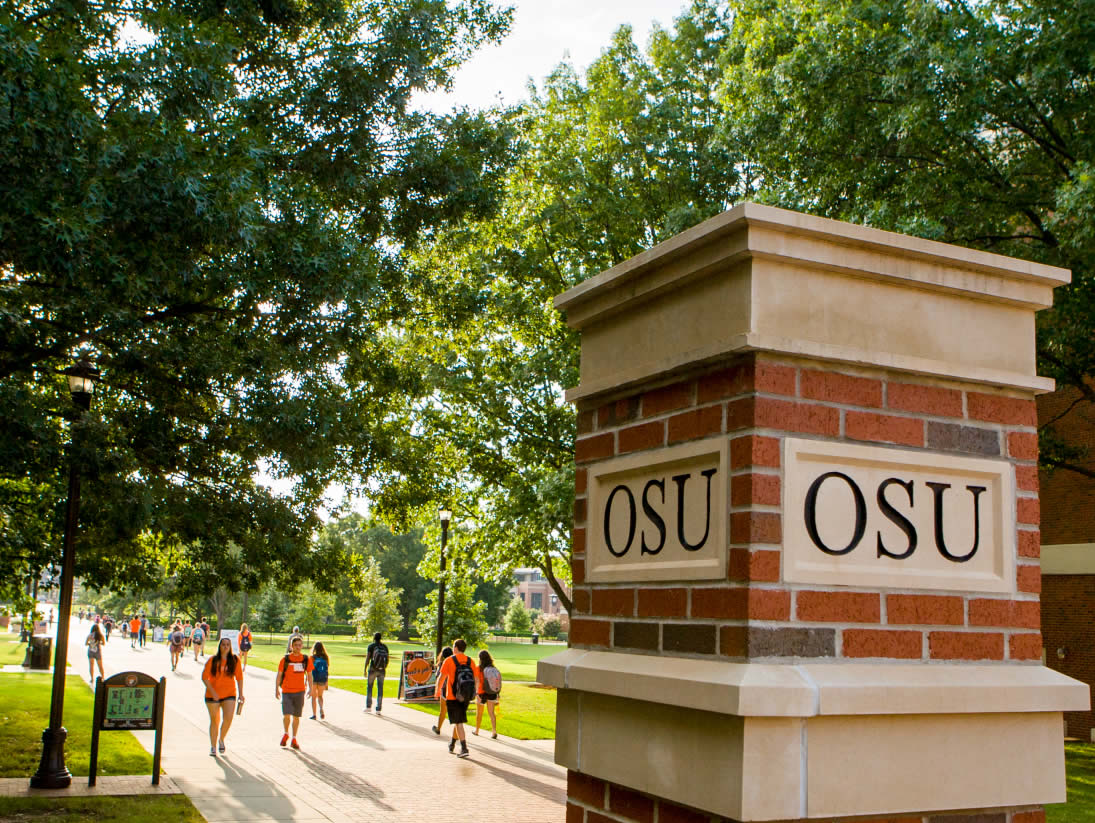 Alicia's in-person events were generally similar to our other three panelists' programs, with one major exception. Oklahoma State University "...gave [them] absolutely no guidelines as far as capacity or density…" So, Alicia's team set a maximum of six recruiters per booth, allowing employers to purchase as many booths as they needed to accommodate their recruiters. However, it was still only six representatives per booth.

Alicia observed that the power to customize so much of the fair was good and bad for them. “I think we were micromanaging our virtual fairs too much - and we can admit that now.” Going forward, they'll encourage employers to offer whichever type of meeting suits their recruiting needs, either one-on-one or group. They won't limit group meetings to a specific time of the day as they did in the past.

The biggest lesson learned, according to Alicia, was how much time her staff needed between the in-person and virtual components of a hybrid event. Customer service is a hallmark for her team but with only a week between events, they couldn’t meet their own expectations, let alone those of their employers or students. “In the spring, we’ll have a minimum of two weeks between our large in-person fairs and our virtual fairs.”

Lessons learned are part of our CF+ business model. In fact, several of our most popular features are responses to customers saying, “I'd love it if you could do this for me. Or if you could make doing X part of your software.” And we’re already exploring implementing a resume drop feature!

Thank you for sharing your reading time with us; we appreciate it.

A Few Words about Your First Time (Attending a Recruiting Event)

Skip the Lines at In-person Recruiting Events with Meetings 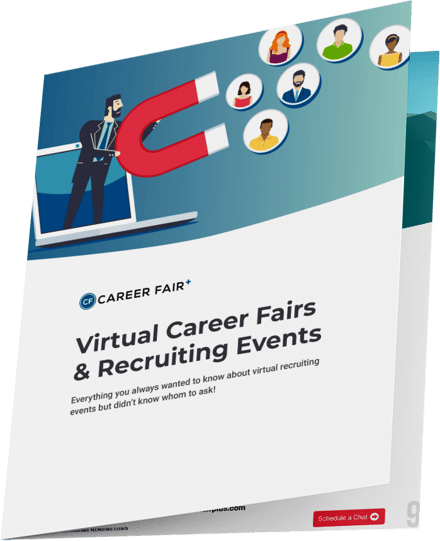